When is the Best Time to Cruise?

When is the best time to cruise? Read on to find out seasonal suggestions for all destinations;

One of the most common questions we get asked at MyCruises is “When is the best time for a cruise to [insert dream destination of choice here];

Well – as simple as this question may seem, it is not actually that easy to answer. See, there are many variables that influence an answer to this question, and most of them are personal – some people prefer to see the Autumn fall foliage to the heat of Summer, so they will find September – November the best time to take that Canada/New England cruise. On the other hand, water sport lovers prefer to sail the region in the Summer when the temperature is warm enough for swimming.

There are several factors that influence an individual’s choice about the best time to cruise.

This includes school holidays, how much time you can take off work, whether you are flexible with dates but operating on a tight budget or maybe your only criteria is to escape the chilly winter weather. Whatever your “criteria” may be, it will have an influence on which season is your best time to sail in. Having said this, there are some general guidelines that you can take into consideration, and that is what we thought we would give you today.

For most cruise regions, there are periods of peak demand (high season), moderate demand (shoulder season) and low demand (low season). The summer months are generally peak seasons, regardless of the weather at home or in the region. Cruises during these periods need to be booked well in advance, and families especially need to take note of this, as some cruise lines limit the number of children per sailing, so you need to get in early. During shoulder and low seasons, you will usually find more bargains, but some low seasons have shrunk in many areas, thanks to the boom in new cruising destinations and home ports, so in some places, all seasons are priced “in season”.

Take a look at our list of popular cruising destinations which include their high and low seasons, and the advantages and disadvantages of sailing during each period. You can also check out our easy to read graph to see the most popular destination and some seasonal suggestions on the best months to cruise! 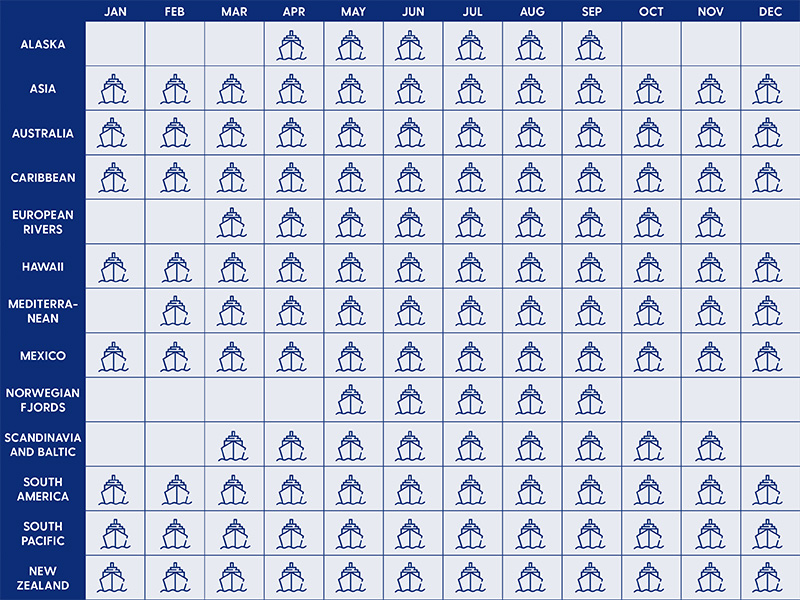 Sailing during this season: In the months from June to August, the temperatures in Alaska are at their warmest, and the conditions are quite moderate, making it pleasant. An important factor to some travellers is the further into summer you are, the better your chances of seeing wildlife on the various expeditions. However, demand for these cruises has become so strong recently that you sometimes need to book a year in advance to get the best land/tour packages.

With so many ships now sailing into Alaska, there can also be a tremendous amount of congestion in the small port towns. To get a better price, you may also consider northbound glacier routes rather than southbound routes, as these tend to be cheaper.

Shoulder Season: May and September

Sailing during this season: In May and September, the crowds are often smaller, and the prices are slightly cheaper as a result of the weather with the high possibility of snow. May and September are the start and tail end of the traditional Alaskan summer cruise season, however still a very pleasant time to experience the majestic wilderness of Alaska, without the bustling summer crowds. These two months are fast becoming a popular time to cruise Alaska, and like June – August months, you will still need to book your May or September cruise well in advance. 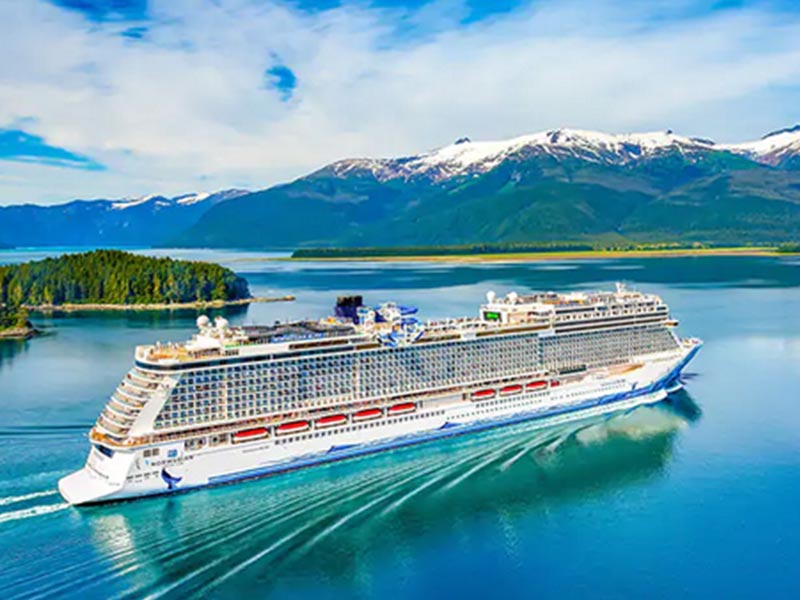 Sailing during this season: If the kids are on holiday, it is high season for Hawaii cruises.

NCL offers week-long cruises all year round, while pricing will fluctuate during the above high season date range.

Low/Shoulder Season: Late August; November; August (minus the holiday weeks) and May

Sailing during this season: During autumn sailings, the ships are less crowded, but the weather is still great, so these tend to be popular “out-of-season” cruises. January is one of the coolest and wettest times of the year in Hawaii, but the winter months are prime whale watching times. Hurricanes hardly affect the islands, but August and September are when they come closest, so the weather tends to be hot and humid, with frequent tropical storms. 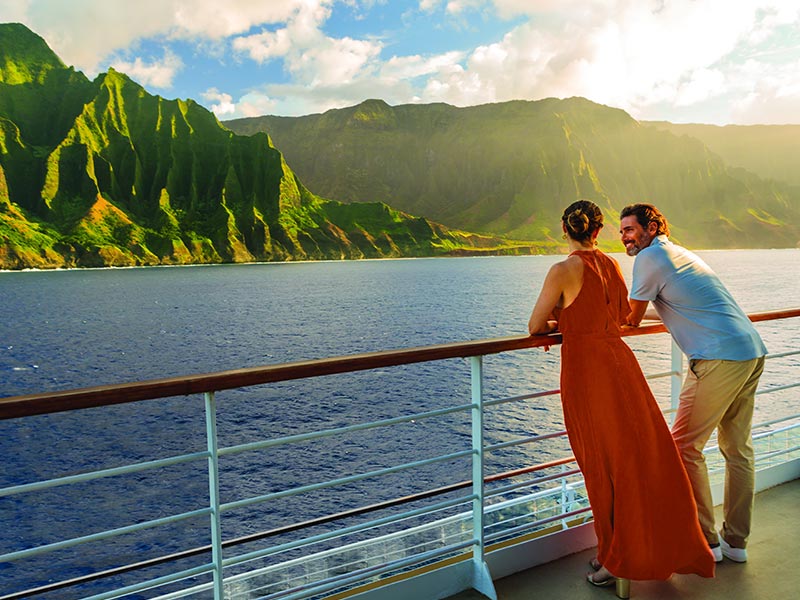 Sailing during this season: Couples & families flock to these summer sailing dates, particularly in

August from all over the world, making for a nice cultural mix of passengers. This also means bigger crowds, higher prices, and hotter temperatures.

Sailing during this season: This is the time to cruise the Med, minus all the children, and crowds.

The weather is ideal in late spring and early autumn, but November can be quite wet in some areas of the Mediterranean. While some great deals can be found during this low/shoulder season, not all the cruise lines consider this to be a low season. Some parts of Europe are considered to be in-season all year long, and cruise lines often deploy their newest ships to these areas. Even in the deepest and darkest months of winter, Mediterranean itineraries tend to focus on Morocco and the Canary Islands. 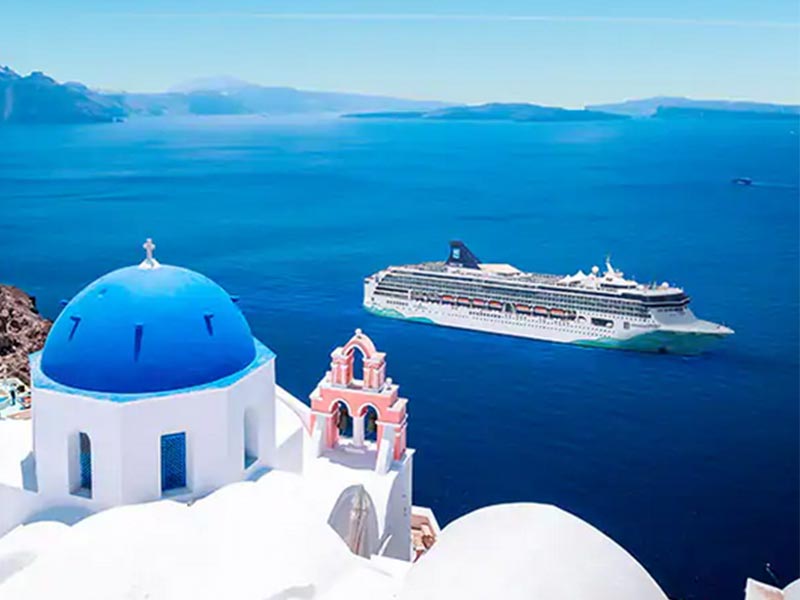 Sailing during this season: Northern Europe is at its loveliest during the summer months, with ports that line the Baltic Sea and Norway’s fjords. The temperatures are generally balmy, the skies are clear and sunny, and the cities turn themselves inside out – life is lived outdoors, out on the water, roaming the city and sipping drinks at sidewalk cafes.

Sailing during this season: The kids are back in school, the ports are less frenetic, the weather is still beautiful and crisp, and the prices are much lower. Enough said. 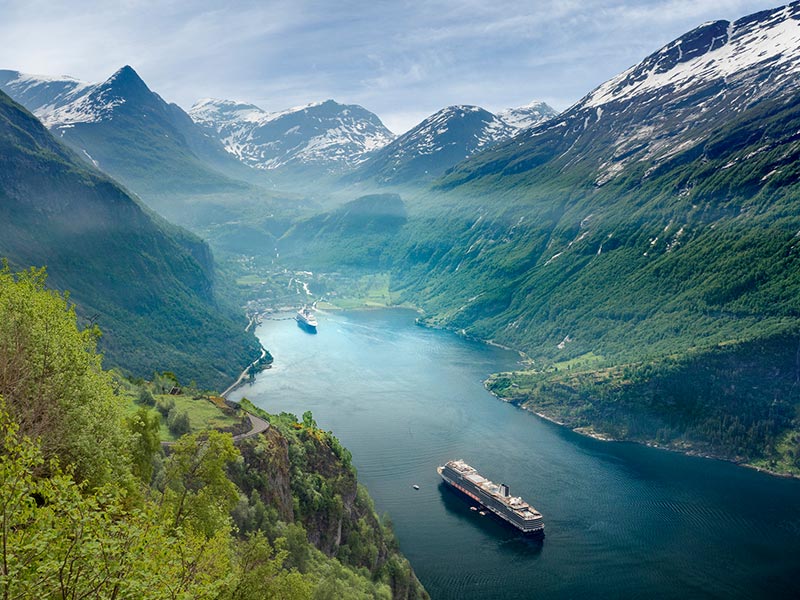 Sailing during this season: While larger ships and Barrier Reef cruises are available year

round, the Speciality cruises are seasonal. Tasmanian cruises operate in the Southern summer

(November to March) while Top End cruises operate in the winter months (April to October). It really

depends on what you are after, as the weather varies so much in Australia. If the Queensland heat is too much for you, perhaps consider a winter cruise.

Sailing during this season: Australia’s winter months are the quietest for cruising, but it is during this time that you can find some great bargains and experience a few of the places you wouldn’t consider going to during the hotter months. 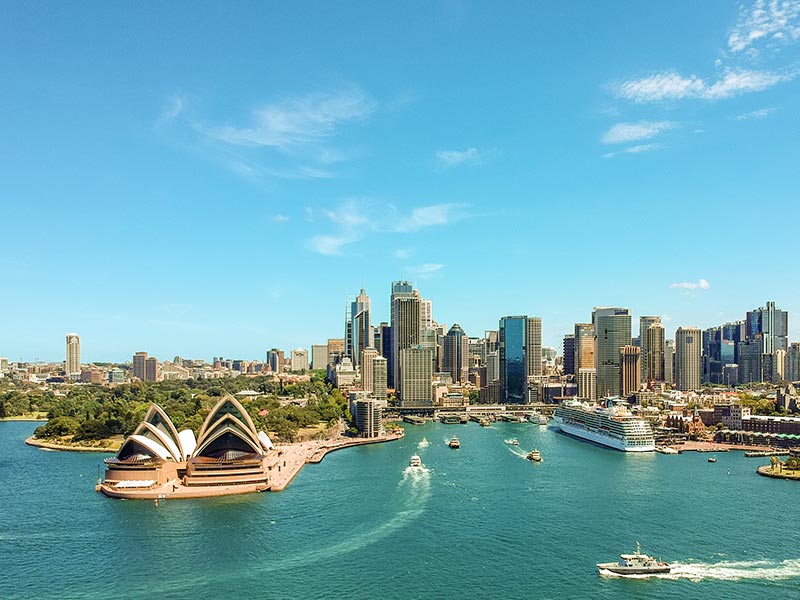 Sailing during this season: The weather in New Zealand is never so miserable that there’s no point in going, but with temperatures ranging from 20 – 30 degrees Celsius, the summer months are the peak cruising times. This also makes it probable to be more expensive and more crowded. It is also worth noting that the South Island can be colder than the North Island, even in summer.

Sailing during this season: Cruises to New Zealand are offered all year round, and there are always things to see and do. May to August are the coldest months, and daylight hours are shorter, so cruising options are limited. The weather during September to November are, however, the hardest months to predict. 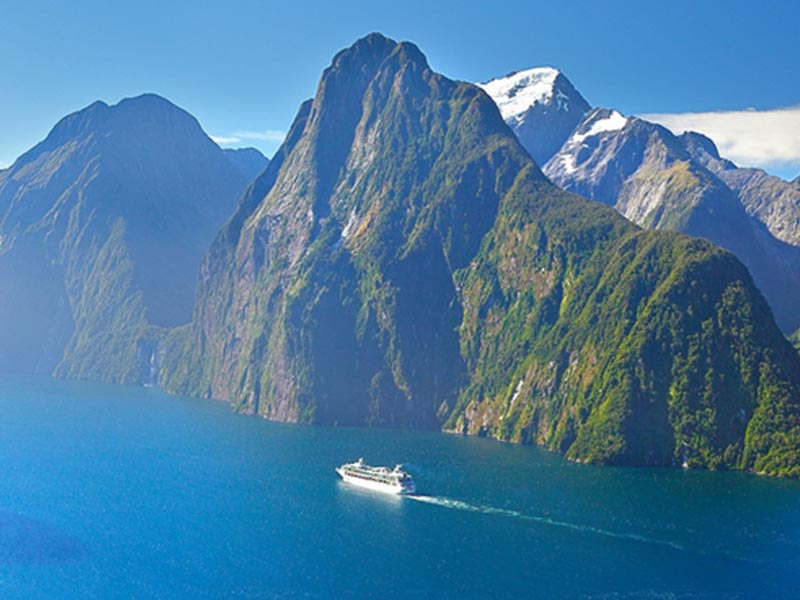 Sailing during this season: Cruises operate year-round from Australia, Fiji and Tahiti, but the peak months coincide with the holiday season. In general, the drier months from May through to October are the most ideal for cruises to the South Pacific.

Sailing during this season: This is considered as the wet season, when the weather is hot, wet and humid, with frequent tropical storms. Keep in mind that this is also hurricane season, however you can cruise here year-round with prices during low season being significantly cheaper. 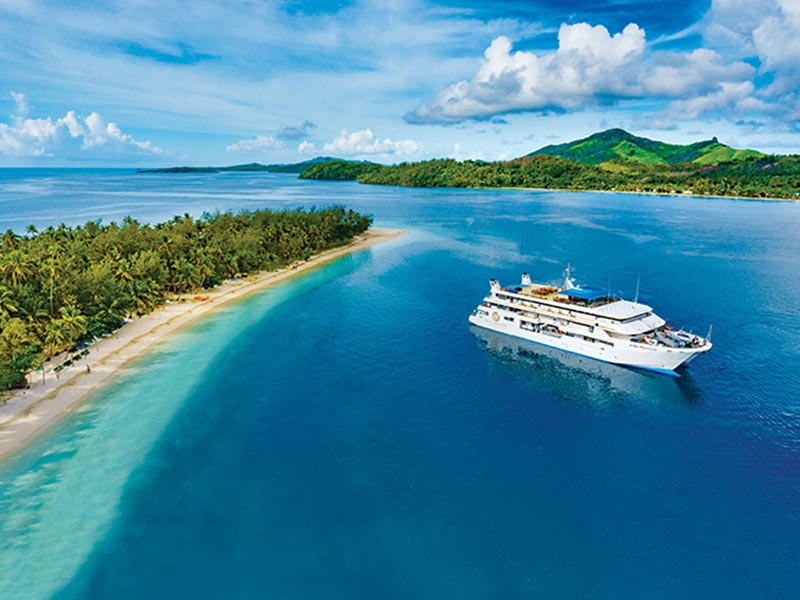 Sailing during this season: During the peak Caribbean sailing period, there are generally two types of cruisers sailing – families off from school, and those trying to escape the winter chills. It is a great time to sail with kids, and the children’s program is usually in full swing. The trade-off, however, is that it can be quite pricey, especially when you must add in flights, which you often must book even before you book the cruise because of the high demand.

If you are looking for peace and quiet on your Caribbean cruise, you may want to look outside of holiday weeks, as this is when the ships are at their highest capacity, especially with the American travellers. Cruise lines also send their biggest and most innovative ships to this region during high season.

Sailing during this season: With great weather and smaller crowds, the low season

can often be the perfect time to take a Caribbean cruise. You can often pay hundreds less per

person than what you would pay at peak times. However, Hurricane season (June to November) does pose a threat and can mean a change of ports/route if one is brewing. 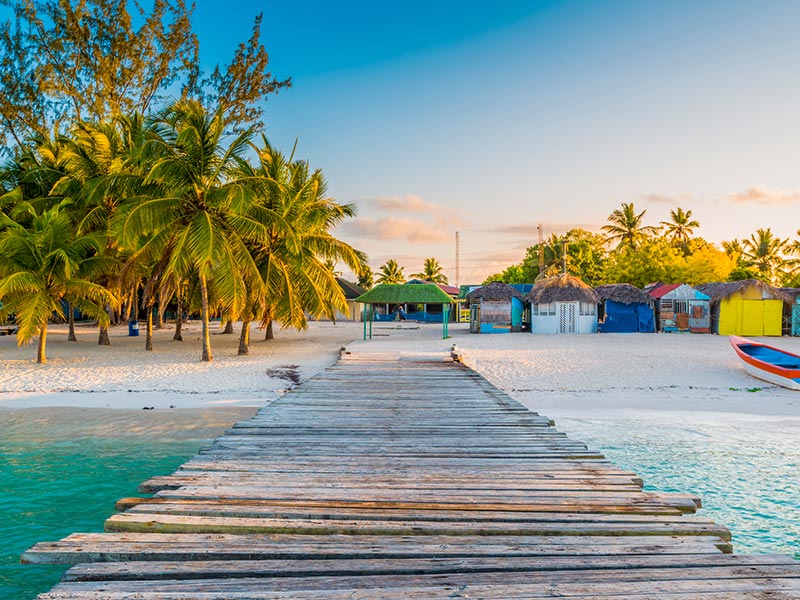 Sailing during this season: The summer season is very popular with families, but fewer

choices are available because most lines reposition their ships in Alaska for the Alaskan summer cruise season.

Sailing during this season: The low/shoulder season offers a more adult-oriented

atmosphere, and there is more variety in the cruises on offer since most of the major cruise lines offer a few sailings in the autumn months. With smaller crowds on board, early January and late April can be particularly good value. 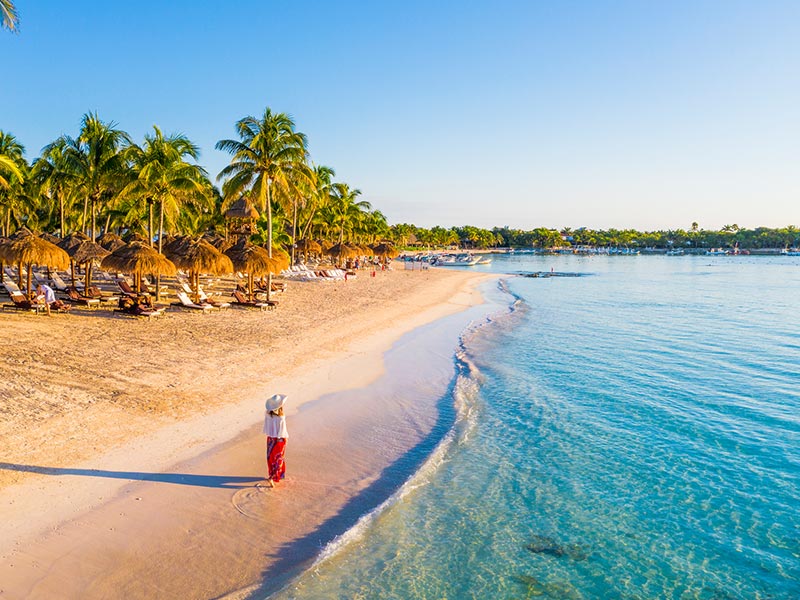 Sailing during this season: This time of year fetches high prices on land and sea for that

quintessential autumn in New England. You can see the leaves at various stages of colour as you cruise up the East Coast to Canada. The cooler temperatures make for nice walks in the numerous port cities, and as schools are generally not on holiday yet, the cruise itself is slightly quieter.

Sailing during this season: The “off-peak” months have become quite popular as of late, with the excellent summer weather making the Canadian towns particularly nice. It is the best time for water sport enthusiasts and families, and these cruises have recently become high in demand. 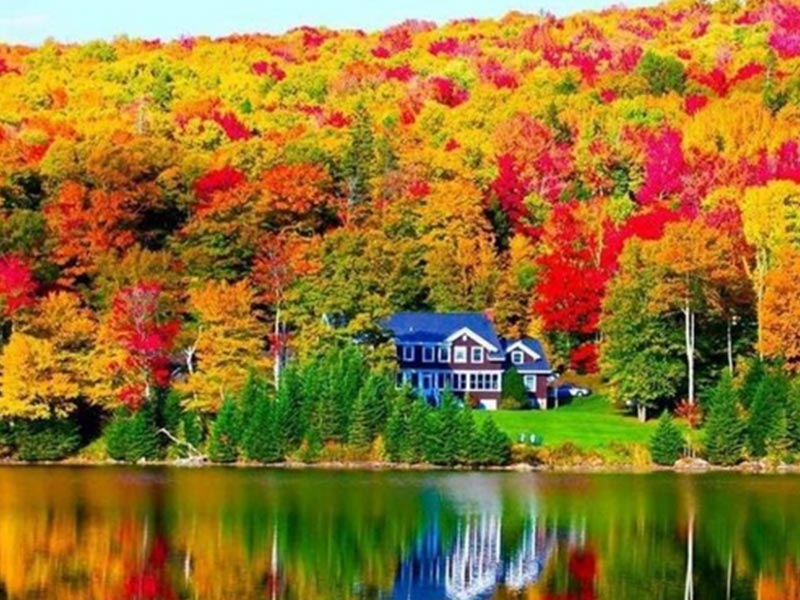 Keen to test out your sea legs? Traverse the ocean or meander along picturesque river banks all around the world! Our hot My Cruises deals include flights, transfers, pre or post-cruise accommodation plus unbeatable bonus value extras! Get the most out of your cruise experience with us! Take a look now or contact our Cruise Holiday Experts to find out more! 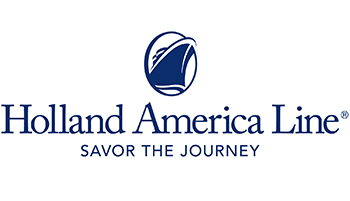