**REMOVED – DO NOT SELL** Bucket List Wonders of China & Japan

Upon arrival, a tour representative will meet you at the airport and transfer you to the hotel.

Visit Tiananmen Square, one of the largest public squares in the world and the venue of the infamous 1989 Tiananmen Square demonstrations. Acclaimed as the ‘Gate of Heavenly Peace’, it is the foreground to the Forbidden City, a UNESCO World Heritage Site. Otherwise known as the Imperial Palace Museum, the Forbidden City is the citadel of China’s last 24 Emperors during the Ming and Qing dynasties, and was the political and ritual centre of China. Cap off the day with an opportunity to attend a legendary large-scale musical drama, “The Golden Mask Dynasty” (not included).

Continue your educational journey of China’s fascinating history with a stop at a Jade Museum to observe skilled artisans carve intricate designs. With more than four thousand years of history, jade stone in Chinese culture symbolises preciousness and beauty, and embodies the Confucian virtues of courage, wisdom and compassion. Belong long, you will drive through the mountainous countryside to one of the top archaeological wonders of the world, the iconic Great Wall at Juyong Pass, an accessible and gentle stretch meandering over 3500 miles of China’s northern mountain ranges from the Yellow Sea to the Gobi Desert. Immerse yourself with an optional tour to experience Beijing’s 700-year old Hutongs or narrow alleys by old-fashioned pedicab with local dinner (not included), including a visit to a local family to witness the daily lives of the people living in a courtyard-style houses.

Today is your chance to become experts in Traditional Chinese Medicine, a 5000-year-old practice that incorporates herbal medicine, acupuncture, massage, exercise and dietary therapy. Based on the concept of a connection between mind, body and environment to prevent and manage diseases, elements of its natural and holistic approach are widely adopted in Western medicine. With your mind and soul at ease, travel on a high-speed bullet train to Xi’an, home of the famous Terracotta Warriors.

The highlight today is a visit to the Terracotta Warriors and Horses Museum followed by the Terracotta Warriors Reproduction Factory. Unearthed near Xi’an, the thousands of life-size sculptures of soldiers, chariots and horses are considered a world wonder. With different facial expressions and weaponry adorning each soldier, the Terracotta Warriors were believed to have been created to accompany the Qin Emperor into the afterlife. This site is among the top archaeological excavations of the 20th century and will leave you astounded by the sheer scale of the army. In the evening, enjoy an optional Imperial Dumpling Banquet and Tang Dynasty Singing & Dancing Show (not included).

Unearth the Small Wild Goose Pagoda, a AAAA scenic spot and World Heritage Site surviving from the Tang dynasty. Although built entirely of stone, the Small Wild Goose Pagoda is very delicate in appearance. The top three floors have been damaged, yet it really adds to the appeal of the pagoda. Later take the Bullet train from Xi’an to Chengdu and discover the Jinli Old Street.

Today enjoy a trip to Chengdu Research Base of Giant Panda Breeding and tick off a bucket list experience of visiting Pandas. Enjoy the afternoon at your own leisure

Catch a bullet train and embark the cruise ship at Chongqing, known as the ‘Mountain City’ of China.

Today experience a shore excursion to Fengdu Mount Shuanggui Scenic Regio . Enjoy a welcome dinner in the evening. Optional shore excursion: Fengdu Ghost City (not included) – a large complex of shrines, temples and monasteries dedicated to the afterlife on Ming mountain, or Jade Emperor Scenic Area (not included) – a sacred site featuring a 100-foot-tall statue depicting the Jade Emperor and over 200 Taoist and Buddhist sculptures.

Enjoy a shore excursion to Shennong Stream, a mysterious and narrow tributary famous for its picturesque scenery and announced a National AAAAA Tourist Attraction. All along the stream are signs of ancient Chinese civilisation and nature’s splendour characterised by steep ridges and peaks, massive caves, wildflowers, plank roads built along cliffs and ancient hanging coffins. Be prepared to take in the elegance of Wu Gorge and the beauty of Qutang Gorge, the defining highlights of your cruise. Optional shore excursion: White Emperor City (not included) – White Emperor City is an ancient temple that is located atop Baidi Mountain on the northern bank of the Yangtze River. Enjoy a farewell dinner this evening on your river cruise.

Experience a shore excursion this morning to the Three Gorges Dam Site, one of the largest construction projects undertaken by mankind and is the biggest hydropower project in the world. Disembark Yangtze River Cruise at Yichang & Bullet Train from Yichang to Shanghai (B)

Your full day at sea will allow you to take full advantage of everything your ship has to offer. Seek out hidden treasures and make the most of the facilities onboard. If you packed full of fun activities then be sure to refer to the ship’s daily newsletter to keep up to date on everything offered onboard. If relaxation is on your mind then your sea day will allow you to sit back, soak in ship life and watch the world as it floats by you.

Named after its origin, famous Kobe beef is one of the delicacies to enjoy at the many gourmet restaurants. Kobe is situated between mountains and the sea, it is Japan’s sixth-largest city and a port bustling with culture and fine cuisine.

Your full day at sea will allow you to take full advantage of everything your ship has to offer. Seek out hidden treasures and make the most of the facilities onboard. If you packed full of fun activities then be sure to refer to the ship’s daily newsletter to keep up to date on everything offered onboard. If relaxation is on your mind then your sea day will allow you to sit back, soak in ship life and watch the world as it floats by you.

Today disembark Spectrum of the Seas and begin your journey home

Live the life of ultimate luxury on Royal Caribbean’s brand-new Spectrum of the Seas! Uncovering Malaysia, this all-inclusive ship boasts state-of-the-art technology from epic virtual reality ecstasies, signature cocktails fashioned by robots to a private 3D theatre! Sleep like royalty in your Golden Suite with VIP access to secluded lounges, dining rooms & a tanning bed so you can unwind and rejuvenate in peace.

On Spectrum of the Seas, you will be overwhelmed with the number of things to do and see. Dive into culture as you learn Italian, master the art of salsa dancing, attend cocktail school, rock climb to new heights or skate on the ice! Alternatively, opt for a more tranquil experience & book yourself into a hot stone massage or meander through the elaborate stretch of designer shops. With endless dining options, a vibrant casino, thrilling live entertainment & nightlife, family fun & Quantum Class service, this ship is ideal for couples seeking romance, families craving adventure, friends looking to let their hair down & everyone in between! 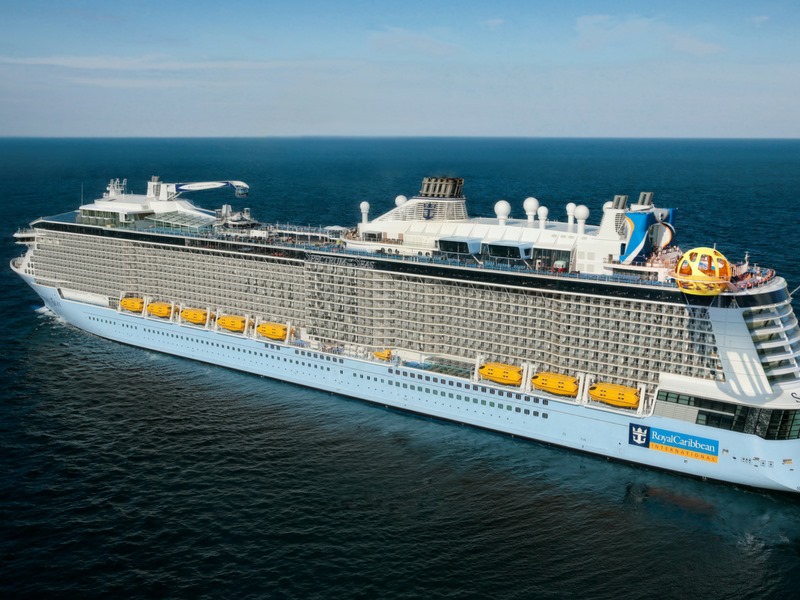 The deluxe President 7 ship offers state of the art design and opulence. There are a range of facilities onboard including a fully stocked bar, luxury cinema, massage and beauty rooms, sauna, cigar club, shops, gymnasium and more! There something for everyone, no matter how you fancy spending your time. 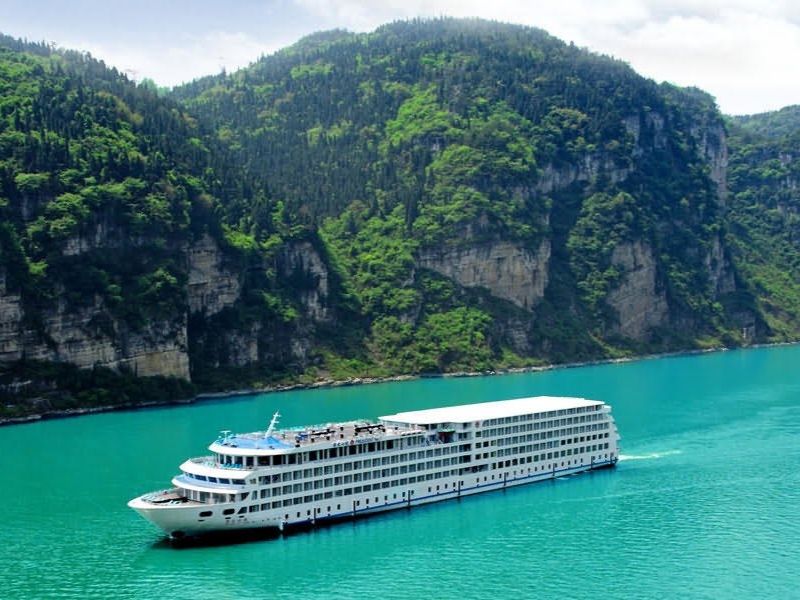 Travel based on Cruise Departure 8 November 2020

Prices are per person twin share in AUD, and subject to availability and currency fluctuations.
Pricing is subject to change until reservation is confirmed. Accommodation is subject to change and availability.
Surcharges may apply. Flights may not be direct or operate daily. Itinerary and inclusions are subject to change.
Disruptions to cruising and itinerary may occur. Shore excursions and other items such as alcoholic beverages & laundry are an additional cost. Should gratuities or hotel service charges not already be included in your package, these are mandatory and charged by the cruise line to your onboard account on a day by day basis.
Itineraries are subject to change at any time without notice.
Due to security reasons, all guests must be on board 2 hours before sailing.
Disembarkation usually begins 2 hours after docking.
These fares/prices may change due to the availability or currency fluctuations.
Please note upgrade amounts advertised may be based on lead in obstructed view staterooms.
All passports, vaccinations and visas are the responsibility of the travelling guest to secure prior to departure from Australia. 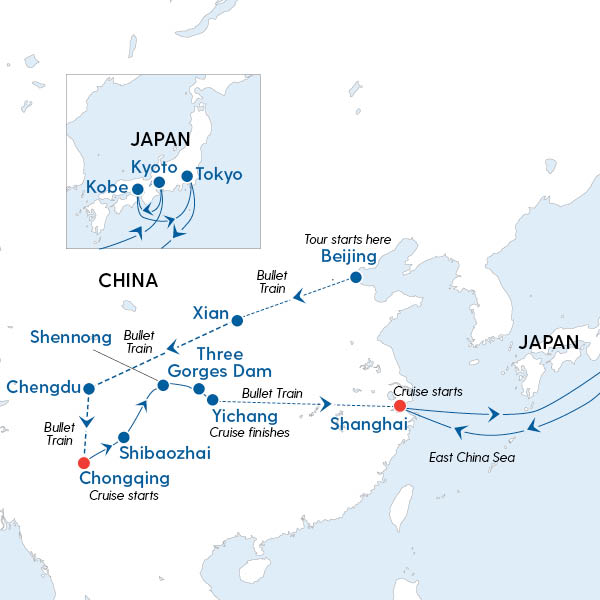