With a curation of culture, arts, food and historical sites, you’ll want more than one day here! An adventure throughout the Tasman Peninsula will bless you with beautiful natural backdrops and an abundance of wildlife. Spend your afternoon with a glass of wine and local culinary delights!

Embarkation day. Today you will set sail on your 11 Night Luxury Christmas and New Years Cruise from Hobart Onboard Le Laperouse.

Walk amongst the ruins and beautifully restored buildings of the convict penal settlement of Darlington. Much of Maria Island is protected as the Maria Island National Park, and you can expect to see endemic wildlife such as Forester Kangaroos, Bennett’s Wallabies and wombats. There is time to take a walk to the ruins of the former Probation Station, which are set against a dramatic coastal backdrop whose grasslands attract wombats to feed, as well as the striking formations of the Painted Cliffs. Rich iron deposits have leeched through the soil staining the sandstone cliffs on the waters’ edge with coloured streaks of red, purple and orange, creating surreal art which is revealed at low tide.

On the edge of the world in southwest Tasmania, the landscape here is about as wild as it gets. Raw, craggy-peaked mountains and drowned river valleys. Wild rivers and rivulets carved by an eternity. Where tannin-rich freshwater sits atop saltwater, tinting the ocean the colour of tea. With no road access, the logical way to explore this wilderness is by small expedition ship. Sheltered from Roaring Forties winds that buffet this coast is the protected haven of Port Davey and Bathurst Harbour. A marine reserve and part of the Tasmanian Wilderness World Heritage Area, we spend two whole days (weather permitting) enjoying this rare opportunity to hike, kayak and take in this pristine natural environment. We explore by Xplorer tender vessels and learn about intrepid European explorers and Indigenous Australians, who once walked this land and keep a lookout for the rare and endangered Orange Bellied Parrot amongst other wildlife.

King Island lies off the north-west coast of Tasmania, surrounded by a rugged coastline with fresh seafood, famously good produce and some of the cleanest air in the world. It’s quiet and easy going here, but there’s something interesting at every turn – from a lighthouse and offshore shipwrecks – to the island’s great nature walks and unique wildlife, including the elusive platypus and rare orange-bellied parrots.

The Tamar Valley is a valley in Tasmania, Australia. It runs north-west from the northern city of Launceston to the coast on either side of the Tamar River, a distance of approximately 50 km. There are more than 20 vineyards lining the valley and tourists are guided by the Tamar Valley Wine route.

Ile des Phoques is a rugged granite island, with an area of 8 ha, part of the Schouten Island Group, lying close to the eastern coast of Tasmania, Australia near the Freycinet Peninsula.

Day at leisure to explore the city of Hobart and its surroundings.

Disembark from Le Laparouse and make your way to the airport for your return flight home.

Le Lapérouse is the lead ship of the Ponant Explorers-class of cruise ships operated by Ponant. Each member of the class has been allocated the name of a famous French explorer, and Le Lapérouse is named after naval officer Jean-François de Galaup, Comte de Lapérouse.

Environmentally friendly, fitted with innovative equipment, and complete with lounges designed to be largely open to the exterior, this new and intimately sized yacht offers a unique type of cruise experience.

Onboard this ship sailing under the French flag, you’ll experience the incomparable pleasure of a cosily intimate cruise offering the possibility of exploring an ever-increasing range of destinations in an ethnic chic ambiance and with five-star service.

Travel based on Cruise Departure 23 December 2022
Onboard Credit is based on 200 EUR pp
Prices are per person twin share in AUD, and subject to availability and currency fluctuations.
Pricing is subject to change until reservation is confirmed. Accommodation is subject to change and availability.
Surcharges may apply. Flights may not be direct or operate daily. Itinerary and inclusions are subject to change.
Disruptions to cruising and itinerary may occur. ^Flexible Booking Conditions:  At any time prior to the due date of your second deposit, you have the option to: 1. Change your departure dates OR 2. Cancel your booking, in which case My Cruises will hold all funds paid in the form of a credit; which can used for a future booking with My Cruises.  Changes made after the second deposit payment are subject to standard cancellation terms & conditions. Departure date changes are subject to availability & blackout dates. No refund will be given if you are not able to change your departure date as a result of alternate dates not being available. Your My Cruises Specialist will provide further details at time of booking.  Shore excursions and other items such as alcoholic beverages & laundry are an additional cost. Should gratuities or hotel service charges not already be included in your package, these are mandatory and charged by the cruise line to your onboard account on a day by day basis.
Itineraries are subject to change at any time without notice.
Please note – onboard benefits valued at has been converted into Australian Dollars from the onboard currency. Details of the onboard currency can be provided by your consultant at the time of enquiry.
Due to security reasons, all guests must be on board 2 hours before sailing.
Disembarkation usually begins 2 hours after docking.
These fares/prices may change due to availability or currency fluctuations.
Please note upgrade amounts advertised may be based on lead in obstructed view staterooms.
Please note that a majority of US based (including Hawaii) hotels impose a daily mandatory additional charge that is automatically added to your bill by the hotel. There are various inclusions provided for these resort fees. These fees are separate from, cannot be prepaid prior to arrival and are in addition to our advertised package.
Please note many European hotels charge a nominal daily City Tourist Tax which is utilised locally for tourism-related purposes and to improve the local infrastructure in the area. This tax is collected by the hotels directly from the customer and the amount can vary by region, hotel size or type. Local regulations state this must be collected by the hotel and cannot be prepaid.
All passports, vaccinations and visas are the responsibility of the travelling guest to secure prior to departure from Australia. 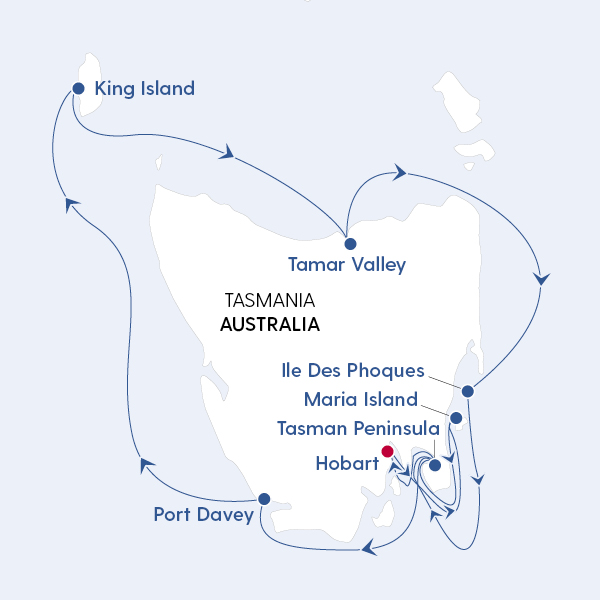