Cruise Skagerrak, the strait between the southeast coast of Norway, the west coast of Sweden, and the Jutland peninsula of Denmark, connecting onto the North Sea. This scenic route has been sailed for centuries, back during the times of Vikings.

Once you arrive in Alesund, you will notice the town's unique layout. Exceptionally built on islands that reach out to the seas and offer incredible views of the Sunnmore Alps and fjords. It is also the fishing capital of Norway so fresh seafood is guaranteed.

Trondheim is Norway's history. The country's annals are written in the buildings and monuments of the nation's historic capital. The timbered architecture of the magnificent 11th-century Domkirke was actually built over the tomb of St. Olav and even today, Norwegian kings continue to be crowned within its massive nave. The city has been the keeper of the kingdom's treasures, values, legends, religious life, national aspirations and in short, Norway's past since 997 when the Viking King, Olav Tryggvason, established this trading port on this yearround ice-free fjord at the mouth of the river Nid.

Magic, mystery and mesmerizing landscapes are the perfect words to describe the lands and coastlines of the Norwegian Sea. Explorers, beware for jaw-dropping encounters with glaciers and gorgeous fjordscapes.

Welcome to Murmansk, the world's biggest Arctic city. Stolid Soviet-era architecture encompasses a lively city, surrounded by Arctic scenery, makes for the perfect playground to explore. In the winter months, visitors can be blessed to watch the northern lights.

The White Sea is as diverse as it is remote. From Ancient petroglyphs scratched into the cliffs to spotting Beluga Whales, cruising the white sea is an adventure in itself, that few experience.

The Solovetsky Islands, are Russia's archipelago located in the White Sea. Originally one of the USSR's most distinct and notorious prison islands, and now boads thick forestes, beautiful bays and outer islands to explore. The archipelago is comprised of 6 main islands and over 500 lakes. The Solovetsky Islands are also home to one of Russia's best-known monasteries.

Cosmopolitan city charm, park's, a lively jazz scene, and ample restaurants are all beautiful as aspects of Archangel, Russia, intertwining with the cities historical timber houses and history of Russia's onlun seaport in the 17th century

As a large part of the Norwegian arctic, the Barents Sea is mesmerizing in its expansiveness and wealth of wilderness and wildlife.

Honningsvag is filled with colourful, modern buildings. It boasts Norway's third largest harbour and is the last port of call before heading east to the Arctic Ocean. This is one of the best towns to experience the magical uniqueness of continuous daylight. Fishing is the main industry of this Arctic Circle town and the port is always buzzing with productivity.

Magic, mystery and mesmerizing landscapes are the perfect words to describe the lands and coastlines of the Norwegian Sea. Explorers, beware for jaw-dropping encounters with glaciers and gorgeous fjordscapes.

The charming big town of Kristiansand, is in the South of Norway. A quaint town beach and flashy marina provide a cornerstone for this town's charm. During your time in Kristiansand, explore the Christianshom Fortress; a watch tower used between 1662 and 1672 to keep watch over the strategic Skagerrak Straits

Flam is located in the valleys of Norway and an absolute favourite for nature lovers. A fjord sightseeing tour and the Flam Railway are must do's!

Bergen is tucked in between seven fjords, seven mountains and the historic North Sea. This place was home to the Norwegian King and a number of historic events which will come to life through the old streets and ancient architecture.

Stavanger was chosen as the European Capital of Culture in 2008, situated in southwestern fjord region of Norway. The wooden cottages have been preserved and combined with art galleries and boutiques. The city boasts an incredible selection of museums including maritime, medical and printing artefacts.

The English Channel, separating England and France is so well known. Spend today cruising this iconic strip of ocean.

Nautica has recently undergone a multi-million dollar refurbishment to adhere to the current state of the industry. The revamped vessel is both elegant and sleek with teak decks, illustrious stone & tile finishes. The lounge, suites & staterooms offer nothing but the finest components for the discerning Oceania customer. The ship features four exquisite, open-planned restaurants, a well-equipped gym & relaxing spa, eight lounges and bars, a casino & over 340 suites and staterooms. To top it off, there will only ever be a maximum of 684 guests, taken care of by 400 professionally trained & courteous European staff! 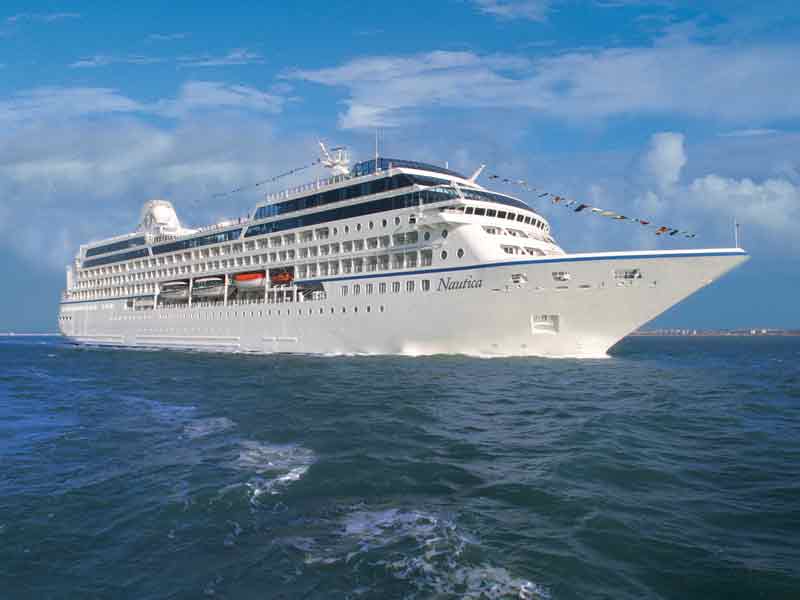 Disruptions to cruising and itinerary may occur. Shore excursions and other items such as alcoholic beverages & laundry are an additional cost.

All passports, vaccinations and visas are the responsibility of the traveling guest to secure prior to departure from Australia. 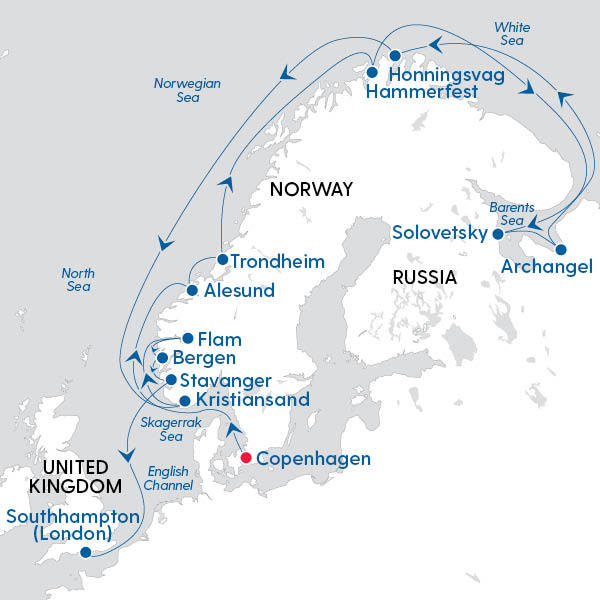