Spirit of Istanbul & The Greek Islands

Dive into this historic city, with dramatic architecture & colourful streets. Do not miss The Hagia Sophia constructed in 537 AD this monumental structure is still standing as a museum, see the outstanding tile work of The Blue Mosque. The Grand Bazaar is a wonderful marketplace is a kaleidoscope, of colourful lamps & spices. Descend below ground to see the mysterious Basilica Cistern, the cities ancient reservoir. Today jump onboard Norwegian Spirit and get ready to set sail.

Known for its beaches and traditional villages, enjoy your time in Paros, Greece. Paros has long been a Greek star; white marble drawn from the island’s interior made the island prosperous from the Early Cycladic period onwards. Most famously, the Venus de Milo was carved from Parian marble, as was Napoleon’s tomb. Boasting a beautiful natural landscape and 120 km of coastline, it has endless blonde-sand beaches, verdant mountains and cliff-top villages galore.

Despite the magnificent 13th century walls that surround the city, Dubrovnik is one of the most welcoming cruise destinations in all of Europe. Dubbed “the pearl of the Adriatic”, this Croatian city exudes romantic charm and beautiful scenery with its shimmering marble streets, centuries-old buildings capped by bright orange roofs and lovely beaches ensconced between awesome rocky ledges.

This Mediterranean city on the eastern shores of the Adriatic has a long and eventful history dating back to the awesome Diocletian’s Palace (circa 295 A.D.) in the centre of the city. Split offers cruise guests a wealth of exciting places to visit, from the majestic cathedral and marble streets in the centre of town to the harbour area with its cafe-filled promenades and views of coastal mountains.

Welcome to the picturesque port town of Koper. The region is bolstered by Venetian Gothic architecture including palaces and castles, boasting unbelievable views of the coastline.

Every curve. Every view. Every single space – completely re imagined. Get ready for the all-renewed Norwegian Spirit. NCL’s most extensive ship renovation ever, harmonized to offer the best of Norwegian Cruise Line’s exceptional fleet. Every stateroom modernized. Every bar and lounge redesigned. Every dining experience elevated, featuring our new fine Italian restaurant Onda by Scarpetta. So, immerse yourself in a life-changing journey that begins the moment you step aboard. 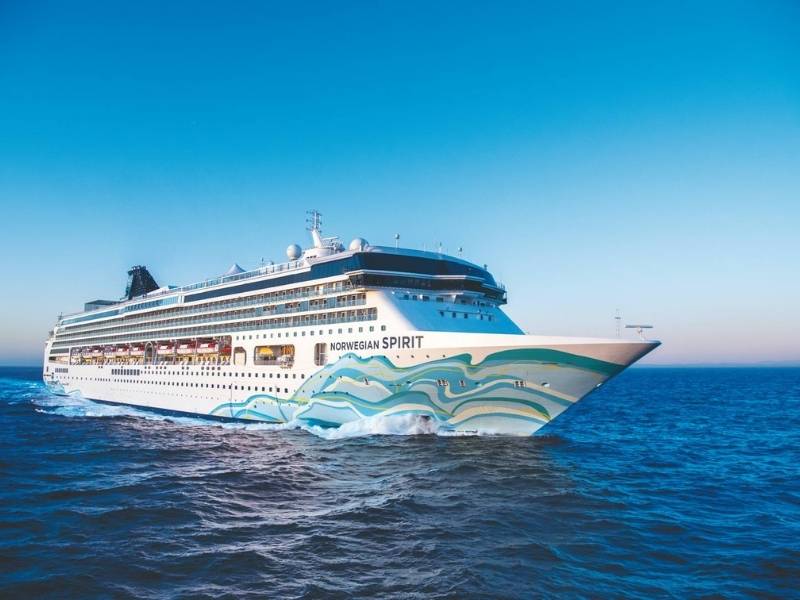 Travel based on Cruise Departure 13 October 2021

Disruptions to cruising and itinerary may occur. Shore excursions and other items such as alcoholic beverages & laundry are an additional cost. Should gratuities or hotel service charges not already be included in your package, these are mandatory and charged by the cruise line to your onboard account on a day by day basis.

Please note many European hotels charge a nominal daily City Tourist Tax which is utilised locally for tourism-related purposes and to improve the local infrastructure in the area. This tax is collected by the hotels directly from the customer and the amount can vary by region, hotel size or type. Local regulations state this must be collected by the hotel and cannot be prepaid.

All passports, vaccinations and visas are the responsibility of the travelling guest to secure prior to departure from Australia. xxxxxxxx 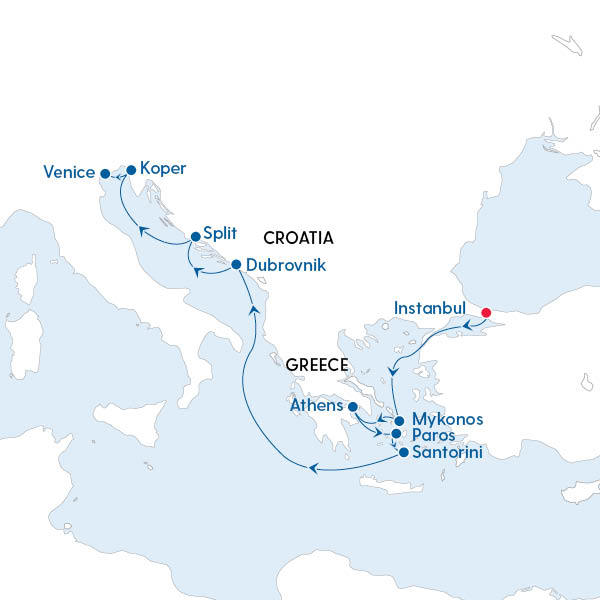