Porto is a beautiful coastal city known for it's wine and stately bridges. Porto is enticing to all with its historic centre, sumptuous food and wine, and charismatic locals.

Historic, mysterious and romantic, the Spanish city of Cadiz is unique. It is generally considered to be the oldest continuously inhabited settlement in Europe founded in around 1100 BC. An ancient port city in southwest Spain, almost completely surrounded by water, it contains enough history to enchant and intrigue you throughout your Cadiz cruise.

Cartagena traces its roots back to the peak period of the Roman Empire, a city of juxtaposition between modern buildings and ancient ruins.

Welcome to the cultural hub of Spain, Barcelona! Explore the stunning sights such as the Sagrada Familia and enjoy the local tapas for some truly delicious cuisine.

Welcome to the play ground of the rich and famous. Monte Carlo is home to crystal clear waters, mega yachts, stunning architecture and the world renown Monte Carlo Hotel.

One of the lushest of the Greek Isles, Corfu is rimmed in dramatic blue waters and topped with tranquil hillside villages. A collection of quaint cafes in the town of Corfu feels very continental, but the island’s secluded coves and sandy beaches could only be found in the Greek Isles.

Having recently undergone a grand refurbishment, the Norwegian Star has it all. Tantalise your taste buds as you make your way around the 15 delectable dining options, sip specialty cocktails at your choice of 10 bars and lounges, get your hit of R&R at the world-class spa or experience the thrilling casino like a VIP. On the plush Norwegian Star, indulge in optional first-rate accommodation features such as dedicated concierge and butler services; a luxury bath and shower; private balcony; lavish living and dining rooms; minibar; and a whirlpool hot tub! Whether you want to encounter outstanding live entertainment, hit up the epic sports centre, or soak your way to renewal at the Thermal Spa Suite, the Norwegian Star is the ship for you. 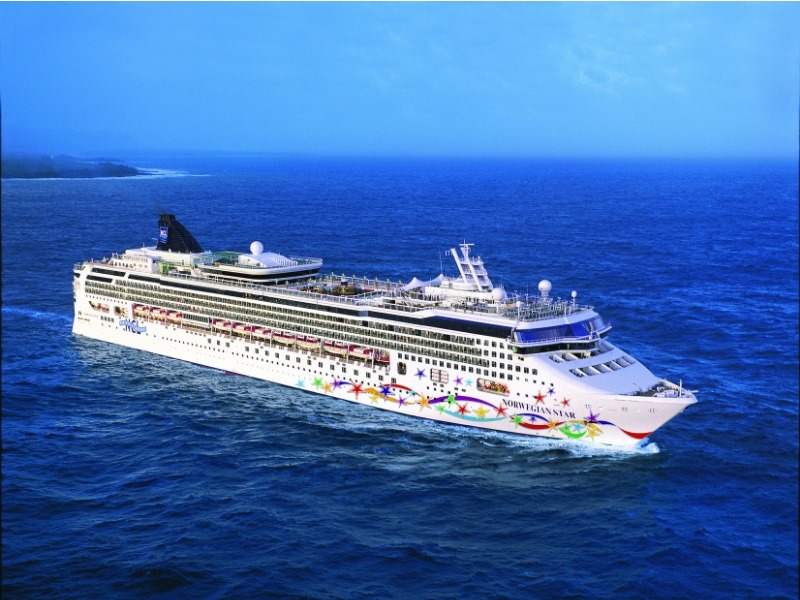 Travel based on Cruise Departure 26 October 2022

Prices are per person twin share in AUD, and subject to availability and currency fluctuations.
Pricing is subject to change until reservation is confirmed. Accommodation is subject to change and availability.
Surcharges may apply. Flights may not be direct or operate daily. Itinerary and inclusions are subject to change.
Disruptions to cruising and itinerary may occur. ^Flexible Booking Conditions:  At any time prior to the due date of your second deposit, you have the option to: 1. Change your departure dates OR 2. Cancel your booking, in which case My Cruises will hold all funds paid in the form of a credit; which can used for a future booking with My Cruises.  Changes made after the second deposit payment are subject to standard cancellation terms & conditions. Departure date changes are subject to availability & blackout dates. No refund will be given if you are not able to change your departure date as a result of alternate dates not being available. Your My Cruises Specialist will provide further details at time of booking.  Shore excursions and other items such as alcoholic beverages & laundry are an additional cost. Should gratuities or hotel service charges not already be included in your package, these are mandatory and charged by the cruise line to your onboard account on a day by day basis.
Itineraries are subject to change at any time without notice.
Please note – onboard benefits valued at has been converted into Australian Dollars from the onboard currency. Details of the onboard currency can be provided by your consultant at the time of enquiry.
Due to security reasons, all guests must be on board 2 hours before sailing.
Disembarkation usually begins 2 hours after docking.
These fares/prices may change due to availability or currency fluctuations.
Please note upgrade amounts advertised may be based on lead in obstructed view staterooms.
Please note that a majority of US based (including Hawaii) hotels impose a daily mandatory additional charge that is automatically added to your bill by the hotel. There are various inclusions provided for these resort fees. These fees are separate from, cannot be prepaid prior to arrival and are in addition to our advertised package.
Please note many European hotels charge a nominal daily City Tourist Tax which is utilised locally for tourism-related purposes and to improve the local infrastructure in the area. This tax is collected by the hotels directly from the customer and the amount can vary by region, hotel size or type. Local regulations state this must be collected by the hotel and cannot be prepaid.
All passports, vaccinations and visas are the responsibility of the travelling guest to secure prior to departure from Australia 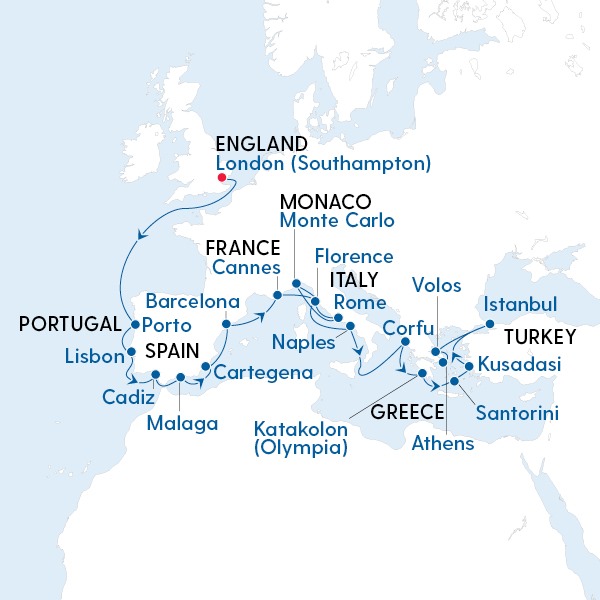