Beppu is located on the southern Japanese island of Kyushu. Cast between Beppu Bay and volcanic mountains, it is well known for its large amount of onsen (hot springs), more than 2000 of them! Enjoy a nutrient rich bathing experience or visit Mount Tsurumi via cable car.

With the city well known for its misfortune, there are many museums, monuments and memorials dedicated to this. The rebirth of this city boasts a rich culinary scene that will excite your inner foodie, situated throughout its cobblestone streets and rolling hills.

This city is the southernmost stop on the country’s bullet train. It is commonly referred to as Naples sister due to the comparative climate, palm tree lined streets and Kagoshima’s version of Mt Vesuvius! Plus an abundance of hot springs, mud baths, and spas definitely promote the serenity and relaxation of the traditional lands.

In the shadow of Mount Fuji, Shimizu is one of the most beautiful ports in Japan. Walk through the pine groves of Miho, home to a 650-year-old Japanese black pine, or enjoy spectacular views of Mount Fuji from the lush, forested hill of Nihondaira. Take in the seascapes on a bay cruise, or learn of undersea delights at Japan's first sushi museum, and get a glimpse at feudal life in Japan in 200 BC at the archaeological site of Toro.

A smaller ship accommodating 1,936 cruise passengers, the Norwegian Sun offers Mexican Riviera cruises which sail through the Panama Canal, Alaska cruises, and Caribbean cruises. Built in 2001 and refurbished in 2018, she is equipped with everything you would expect from an NCL cruise liner including a spa, casino, 14 dining options, daily activities, nightly entertainment plus 12 bars and lounges. Choose from two main dining rooms, casual cafes, grills and signature dishes with an array of wine options. Head to Cagney’s Steakhouse for a delicious steak & wine combo, authentic Italian meals at La Cucina or french cuisine at Le Bistro. You’ll be hard pressed to decide on your favourite bar and lounge. Enjoy a casual coffee or cocktail at the Atrium Cafe & Bar, spend a night under the disco lights in Dazzles Nightclub, or head to the sports bar to watch live games all around the world. 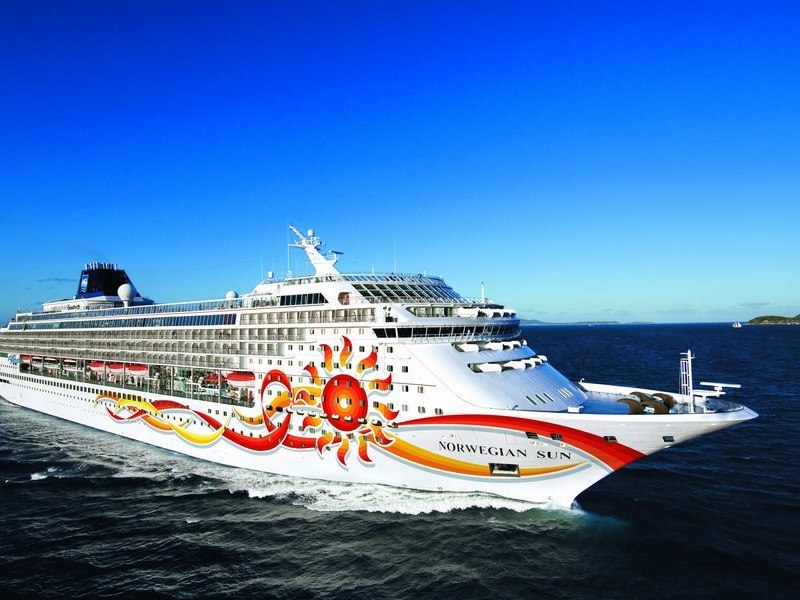 Travel based on Cruise Departure 30 March 2022

The blooming season is eagerly anticipated in Japan every year.  Traditionally the Cherry Blossom season passes through the centre of Japan in March & April. As the Cherry Blossom blooms are dependent on climatic conditions, viewing months can vary. 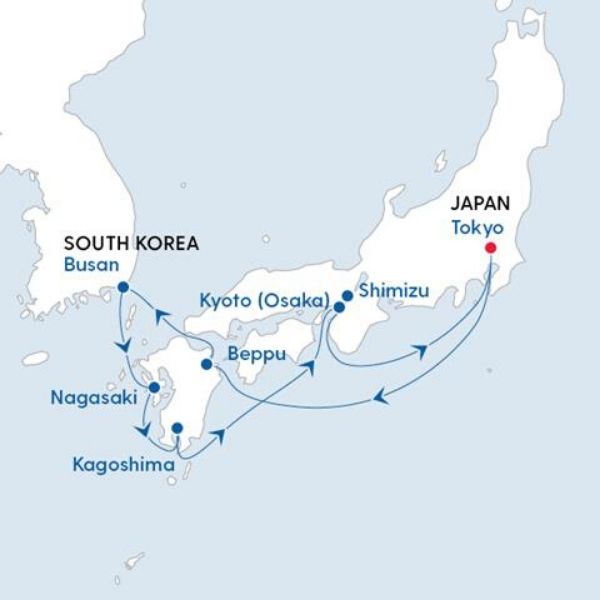