On arrival into Paris, France today, be met and transferred to your hotel. Relax for the rest of the day

Start your day with a guided visit to the incredible Louvre. Home to Da Vinci’s Mona Lisa and other priceless works of art, the vast museum is comprised of impressive classic and modern buildings in the heart of Paris. Then, take in a city tour from the grand Place de Concorde, down Champs Eylsees to the towering Arc de Triomphe. The tour then passes by the Eiffel Tower, built in 1889. Finish the tour with a visit the eclectic Montmartre neighbourhood, famously home to the Basilica du Sacre Coeur and Moulin Rouge. Later, see more iconic sights of Paris, including the ruins of Notre Dame, on a Seine River cruise.

After breakfast at the hotel this morning, take in panoramic views from your comfortable coach seat as you leave Paris behind and travel through French countryside to Switzerland. On arrival into Geneva, experience a guided city tour and learn about the lakeside city’s most famous landmarks and monuments.

Your tour travels through the breathtaking Swiss Alps today. Soak up outstanding mountain views on the way to Interlaken, before travelling by coach and the iconic scenic train to Jungfraujoch- the ‘Top of Europe’. Take in phenomenal views and enjoy lunch onboard the train, before returning down the mountain to re-join your tour, which will then then pass through beautiful Lucerne and the capital, Zurich. Later in Schaffhausen, enjoy a guided tour through the picturesque Old City and visit Rhine Falls. The dramatic waterfall is the most powerful in Europe; witness the Falls up close on an exciting boat trip to the base.

Depart Switzerland this morning, with a short scenic drive to Stuttgart, in Germany. Here the guided tour will introduce you to the large ‘Schlossplatz’; central square and impressive surrounding buildings. Stuttgart is both steeped in history and well known for its modern contributions; both Porsche and Mercedes Benz manufacture and have museums in the city. Later, continue on to Nuremberg and enjoy an evening of free time.

After breakfast, discover Nuremberg on a panoramic coach tour through the city. See the historically significant Reichparteigelände, used for Nazi rallies in the 1940s. Then be guided through the historic city, including Market and San Lorenzo Squares. The tour takes in the medieval Kaiserburg (fortress), passing by painter Albrecht Durer’s home to St Sebaldus Church, the oldest in Nuremberg, reflecting medieval, gothic and baroque influences over time. Then travel on to Berlin, Germany’s cosmopolitan capital for the evening.

Today’s tour is by coach, allowing a panoramic view of the city. See central Berlin from Alexanderplatz to the Brandenburg Gate via the leafy ‘Unter den Linden'' street. See gracious Gendarmenmarkt Square with the lovely German and French Cathedrals, Museum Island and the new government quarter with the world famous Recihstag. In contrast, the contemporary Potsdamer Platz with the Sony Centre designed by Renzo Piano and finally of course, Check Point Charlie with remnants of the Berlin Wall. Use the rest of the day and evening to explore this fascinating city as you please.

Enjoy the morning at your own pace today. The tour will conclude at Warnemunde Cruise Terminal, in time to embark your wonderful MSC Baltic Sea cruise.

When you arrive in the Bay of Gdansk you come into the most fascinating region of the Baltic Sea and of Northern Europe. In Gydnia you'll find two interesting museum ships, the oceanographic museum, aquarium and Naval Museum. Or take an excursion to Gdansk, a city which, because of the importance of its port, has a very rich history.

Visby is located on the island of Gotland in the Baltic Sea. The immaculately preserved town wall and medieval fort add to the charm of the cobblestone streets and churches. Visby is home to the extravagant St. Mary's Cathedral as well as St. Nicolai and St. Karin churches. You'll also be able to relax in the abundance of cafes and restaurants in the area.

Laced by an ingenious network of waterways and bridges strung between a freshwater lake and the sea, Stockholm is easily seen on foot or by waterway cruise. Its gabled old townhouses peer over cobblestone streets, while its magnificent 17th-century palace sits watching over the harbour.

Fredericia is perched on the east coast of the Jutland peninsula. The city is home to a Danish military stronghold founded by Frederick III in 1650. The imposing army barracks are juxtaposed against the relaxed vibe of the seaside township.

MSC Musica lead the way as an ecological cruise ship but she is so much more than that. She embodies grace and incredible attention to detail which is what you would expect from MSC. Once you step on board, the three-tier waterfall in the central foyer will set the mood. Dance the night away in the opulent Crystal Lounge, relax in the Havana Club cigar lounge, catch an enthralling show in La Scala Theatre and taste your way around the ship with a selection of fine dining restaurants. Enjoy gourmet Italian at II Giardino, fill yourself with an endless amount of fresh pizza or sit down to delicious sushi at Kaito Sushi Bar. Musica offers an unmatched element of warmth and music that makes any journey an unforgettable one! 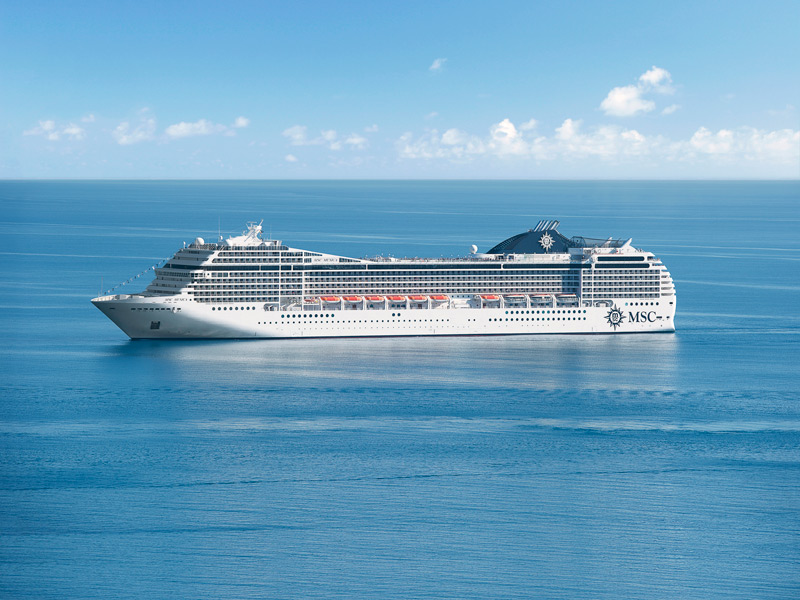 Travel based on Cruise Departure 5 September 2021

Disruptions to cruising and itinerary may occur. Shore excursions and other items such as alcoholic beverages & laundry are an additional cost. Should gratuities or hotel service charges not already be included in your package, these are mandatory and charged by the cruise line to your onboard account on a day by day basis.

Please note many European hotels charge a nominal daily City Tourist Tax which is utilised locally for tourism-related purposes and to improve the local infrastructure in the area. This tax is collected by the hotels directly from the customer and the amount can vary by region, hotel size or type. Local regulations state this must be collected by the hotel and cannot be prepaid.
All passports, vaccinations and visas are the responsibility of the travelling guest to secure prior to departure from Australia. 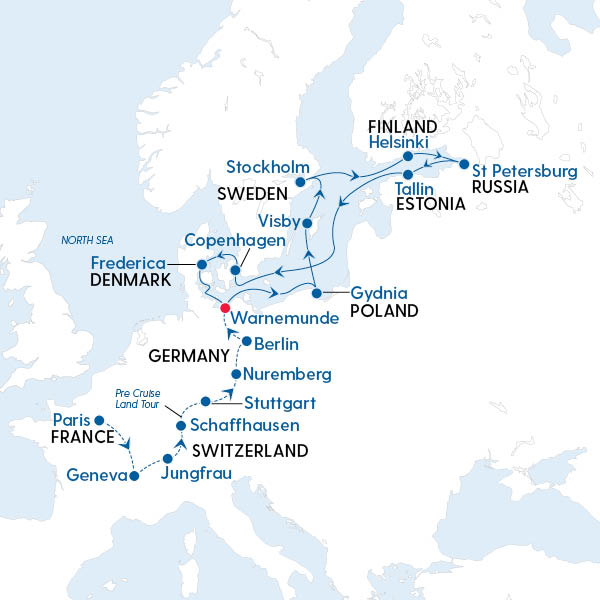