Your 20 Night Celebrity Apex Cruise
20 Night Cruise from Athens to Barcelona Onboard the Revolutionary Celebrity Apex in an Interior Stateroom
Enjoy an Overnight Stay Onboard in Alexandria, Egypt, Gateway to the Pyramids
Onboard Dining Across A Range Of Complimentary Venues
Onboard Entertainment including Live Music & Performances
Onboard All Port Taxes & Charges
Onboard Prepaid Gratuities
Bonus Onboard Beverage Package with Cocktails, Spirits, Wine, Beer & Soft Drinks
Bonus Onboard Wifi Package

Welcome to Athens, the historical capital of Europe. Welcome to the birthplace of democracy, arts, science, and philosophy of western civilisation. Home of Plato, Socrates, Pericles, Euripides, Sophocles, Aeschylus. Athens is one of the world’s oldest cities. Its recorded history spanning around 3.400 years and it is being inhabited since the 11th millennium B.C. E. Today, under the shadow of the Parthenon, the contemporary urban scenery of the sprawling city reflects its exciting history, its multi-cultural modern personality as well as the infrastructure and facilities.

Embark your Cruise from Athens to Barcelona today.

Haifa, a large port located in northern Israel, is the perfect setting off point for excursions. For example, a tour of places described in the Bible. After visiting places such as Bethlehem, Nazareth, Cana and Jerusalem. if you are more interested in history and are not afraid of to get a little tired, an excursion to Massada will take you to the top of the mountain where the Jews took their last stand against the Romans. A short distance from Massada sits a landlocked lake that is so salty that it has been nicknamed the Dead Sea. You will be able to reach the bubbling city of Tel Aviv, it is considered, for good reason, the most modern city in Israel.

Jerusalem is located in the Middle East, perched on a plateau in the Judaean Mountains. This holy city finds itself between the Mediterranean and the Dead Sea and is recognised as one of the oldest cities in existence. Steeped in religious content, it is considered holy to Judaism, Christianity, and Islam. Fun Fact – the old city walls were built back in 1541!

Welcome to Alexandria, Egypt! The towering Pharos lighthouse, marks the ancient harbour’s entrance, was one of the Seven Wonders of the World, along with its Great Library was considered the archive of ancient knowledge. Gateway for you to explore Cairo & The Pyramids.

Civitavecchia is a coastal town northwest of Rome, in Italy. Built-in the 2nd century, the Port of Civitavecchia still retains some of its original features, like the Roman Dock. The port area also includes the 16th-century Michelangelo Fort. Nearby, the National Archaeological Museum displays bronze and ceramic artifacts. Northeast of town is the Terme Taurine, the ruins of a Roman thermal bath complex.

Welcome to the colourful cosmopolitan city of Nice. Explore the beautiful architecture of the Old Town and the modern embodiment of French Riviera style throughout. A standout monument is the 19th century cathedral which houses the Princess of Monaco, otherwise known as Grace Kelly.

Marseilles is France’s oldest city, though the vibe would argue differently. The vibrant arts scene and food culture instil a sense of youth in to this beautiful and historic port city where ships have docked for more than 26 centuries.

Disembark Celebrity Apex and welcome to the cultural hub of Spain, Barcelona! Explore the stunning sights such as the Sagrada Familia and enjoy the local tapas for some truly delicious cuisine. Enjoy a 2 night stay to explore at your leisure.

Day 25: Barcelona, Spain
Farewell Barcelona as you fly home today or ask us about our flexible flights & extend your stay.

Celebrity Apex
Celebrity Apex is an innovative addition to the Celebrity Edge series offering a luxurious cruise experience. Allowing the outdoors in, while keeping sophistication and style, this ship is truly a modern masterpiece. Boasting an outward-facing design ensures guests are inspired and refreshed by the world around them, Apex goes one step further with the extremely popular Magic Carpet. An external ship venue that changes function, mood, and location this outward platform is the world’s first cantilevered, floating dining and entertainment space with breathtaking views and a full bar. Awaken your senses at Eden, a 3-story sensory experience, and chill out on the Resort Deck in the Rooftop Garden, pool or adults-only solarium sanctuary. Onshore exploration is made easy with Edge Launches, taking you from ship to shore in luxury while the staterooms will make you eager to return. With 99% of rooms boasting a King-size signature Cashmere Mattress bed, the interiors are sleek and stylish evoking a sense of relaxed luxury.

Pricing is subject to change until the reservation is confirmed. Accommodation is subject to change and availability.
Surcharges may apply. Flights may not be direct or operate daily. Itinerary and inclusions are subject to change.
Disruptions to cruising and itinerary may occur. ^Flexible Booking Conditions:  At any time prior to the due date of your second deposit, you have the option to: 1. Change your departure dates OR 2. Cancel your booking, in which case My Cruises will hold all funds paid in the form of a credit; which can be used for a future booking with My Cruises.  Changes made after the second deposit payment are subject to standard cancellation terms & conditions. Departure date changes are subject to availability & blackout dates. No refund will be given if you are not able to change your departure date as a result of alternate dates not being available. Your My Cruises Specialist will provide further details at the time of booking.  Shore excursions and other items such as alcoholic beverages & laundry are an additional cost. Should gratuities or hotel service charges not already be included in your package, these are mandatory and charged by the cruise line to your onboard account on a day by day basis.
Itineraries are subject to change at any time without notice.
Please note – onboard benefits valued at has been converted into Australian Dollars from the onboard currency. Details of the onboard currency can be provided by your consultant at the time of enquiry.
Due to security reasons, all guests must be on board 2 hours before sailing.
Disembarkation usually begins 2 hours after docking.
These fares/prices may change due to availability or currency fluctuations.
Please note upgrade amounts advertised may be based on lead in obstructed view staterooms.
Please note that a majority of US based (including Hawaii) hotels impose a daily mandatory additional charge that is automatically added to your bill by the hotel. There are various inclusions provided for these resort fees. These fees are separate from, cannot be prepaid prior to arrival and are in addition to our advertised package.
Please note many European hotels charge a nominal daily City Tourist Tax which is utilised locally for tourism-related purposes and to improve the local infrastructure in the area. This tax is collected by the hotels directly from the customer and the amount can vary by region, hotel size or type. Local regulations state this must be collected by the hotel and cannot be prepaid.
All passports, vaccinations and visas are the responsibility of the travelling guest to secure prior to departure from Australia.

** Low Deposit Policy
A second deposit (part payment) will be required/date & amount will be supplied by the consultant at the time of booking. 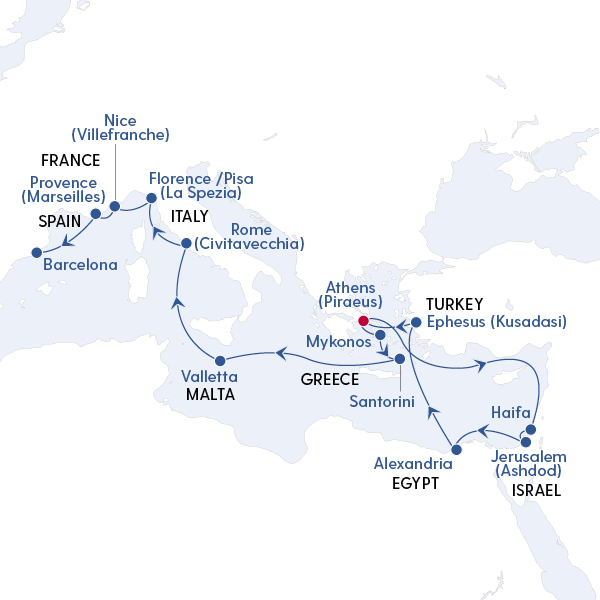