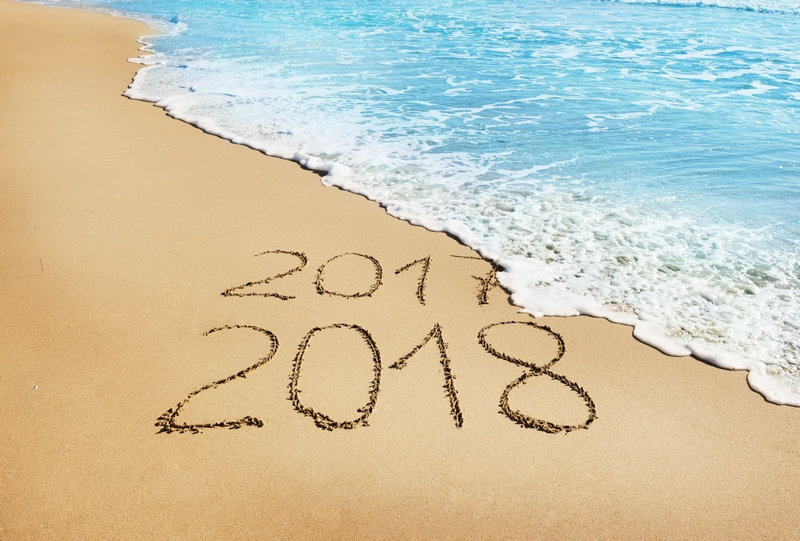 The number one guide to cruising this new year!

With each new year comes new and exciting developments in cruising. From river cruises to expedition cruises, megaships to boutique small ship cruises, 2018 has some fabulous new ships on the horizon.

Whether you are sailing for the first time or are an experienced cruiser, choosing between cruise ships can be confusing. Read our 2018 cruise guide for the latest cruise news and ship information.

There are 27 new ships set to take to the seas this year including Royal Caribbean’s Symphony of the Seas, which will become the world’s largest ship when it launches in April 2018.

In August, river cruise company, Scenic, will launch their 6-star discovery ocean cruise liner, Scenic Eclipse, whose itineraries include up-and-coming destinations such as Cuba. As well as exciting new destinations, this year we will see an increase in combined river and ocean itineraries; such as Emerald’s European French river and Mediterranean ocean cruise combo.

2018 will also be the year of the world’s first underwater lounge on board Ponant’s new ship, Le Lapérouse. Plus, the first external floating bar will take to the seas on the Celebrity Edge (launching December 2018). The external platform known as the Magic Carpet boasts fantastic panoramic views and will move up and down the side of the ship and change function depending on which deck it is on.

In 2017 Norwegian Joy and Majestic Princess were built specifically for the Chinese market, and this year will see more ships designed with a particular destination or market in mind. NCL is set to launch the Norwegian Bliss in April, a vessel which was designed specifically for Alaskan cruises to give excellent viewing opportunities of the spectacular landscape and wildlife.

The MSC Seaview will have the largest ratio of outdoor space at sea when she launches in May 2018, boasting an outdoor promenade, 20 bars, and multiple dining options.

With the ever-increasing speed and reliability of wifi onboard cruise ships, Apps are inevitably going to become a big part of life at sea. Princess have already launched Ocean Medallion, a new wearable technology which works alongside the corresponding App, Ocean Compass. Currently only available to selected customers on the Regal Princess but due to be rolled out across the ship throughout 2018. Royal Caribbean’s Sea Beyond App announced in November 2017 will be rolled out across all ships within two years; features will include in-cabin voice commands, facial recognition technology to board the ship, and ordering drinks from the bar remotely, to name but a few.

You can also expect to see a continued exploration into voluntourism within the cruise offering this year. Several cruise lines are experimenting with volunteer-based shore excursions while the Carnival brand, Fathom, organises entire cruises which combine sailing in the Caribbean with helping local communities. Fathoms 2018 sailing sets off this month aboard the Crown Princess to help people affected by Hurricane Irma.

Not only are there new ships arriving in 2018, but new cruise lines as well. While other companies compete for the attention of existing cruisers, U by Uniworld is going after an entirely new demographic. Launched in late 2017 U will offer European river cruises designed specifically for 21-45-year-olds.

To read more Cruise News, collated by our My Cruises Holiday Experts, click here. If you're ready to book your dream cruise holiday of a lifetime, take a look at our Hot Cruise Deals or contact us!

Sarah is an avid traveller. When not writing for My Cruises, she can be found gallivanting around the globe. Her favourite port of call is Barcelona because it’s close to the city and she is a sucker for Gaudi and tapas! A big fan of leisurely river cruising as well, Sarah loves nothing more than stopping off along the banks of the Loire Valley for a spot of wine tasting and visiting Bordeaux for the history and amazing French food. On her cruise holiday to-do list is the Panama Canal, an Arctic expedition cruise and a river cruise through Asia.